2021 might only be halfway through, but it’s shaping up to be much better than 2020. The US has rejoined the Paris Climate Accords, scientists may be close to developing a vaccine for HIV, and the pandemic is finally near its end.

This means that the travel industry is starting up again. This offers people a chance to get away for a while, which will be a welcome relief after spending a year mostly confined to our own homes.

Unfortunately, this does leave at least one question unanswered – now what? Sure, many of us want to travel, but where should we go? What are the best travel destinations in 2021?

We’ll talk about that in this article.

In the wake of COVID, many of us are ready to jump at the chance to get out of the country for a few days, but aren’t ready to go halfway across the world yet.

Mexico serves as an excellent middle ground in this situation. Not only is it an exotic vacation spot, but it’s also just south of the border. Much like the US, its COVID cases have dropped sharply since the vaccine came out.

Mexico is often known for its coastal resorts, but the country has a lot more to offer, as well. It has quite a bit of historical significance. Mexico was the homeland of old civilizations such as the Olmecs, the Aztecs, and the Mayans.

The Olmecs are probably most known for their large stone head sculptures. These heads are believed to be statues of Olmec leaders.

The Aztecs left behind parts of their capital city, Tenochtitlan. This was a colossal city and the capital of the Aztec empire. It’s still seen as a masterpiece of engineering.

At its height, Tenochtitlan may have housed up to 400,000 people. Much of the city is in ruins, but what’s left of it lies right in the heart of Mexico City.

Nestled in the Yucatan Peninsula is Chichen Itza. This ‘Wonder if the World’ is a sight to behold. The Mayans lived in the Yucatan until about 900-1000 CE, when they migrated into Guatemala.

On the subject of history, Egypt is another potential destination for 2021. Probably best known as one of the oldest cultures still in existence, Egypt has a lot to offer the curious tourist.

One of the most exciting things happening in Egypt right now is the Grand Egyptian Museum. People have been waiting years for this museum to open, and this might be the year.

The GEM, once completed, will house the mummy of King Tutankhamun and many of the artifacts found in his tomb.

There will also be a collection of sarcophagi and coffins in the museum which have been unearthed within the past few years.

For those who aren’t very interested in history, there are several other activities. You can take a cruise down the Nile River for a great view of the Egyptian metropolitan areas.

Those who are fond of cities should have no trouble finding things to do in Cairo or Alexandria.

This isn’t surprising, either, because France has long been one of the epicenters of art, science, and culture on the continent. It houses the Louvres, the largest art museum in the world.

There’s also the Palace of Versailles, the Eiffel Tower, and the Arc de Triomphe. If you’d prefer to get a little further away from Paris and its suburbs, such as Marseilles, and a Roman arena at Nimes.

France is also known for its food and wine, the latter especially. France’s most famous place to get wine is Bordeaux. It’s one of the most famous names among wine aficionados.

If historical Cathedrals are your thing, you’ve come to the right place. France is home to many cathedrals, each one as beautiful as the last.

Among these famous churches are the Cathedrale de Chartres, the Abbey of Mont Saint Michel, the Strasbourg Cathedral on the border of France and Germany, and the Notre Dame Cathedral. That’s just a few of them.

Why should you put the coldest, most desolate places on the planet for your vacation? Because it’s a fascinating place that’s perfect for the amateur explorer or budding environmentalist.

There are even cruise lines that offer trips to Antarctica. These trips are often focused on environmentalism and the effect human activity is having on the continent.

However, there are a lot of other interesting things to do and see. The most obvious attraction is the animals. Visiting Antarctica offers views of penguins, seals, and even the occasional orca.

You won’t spend the entirety of your trip on the boat, either. You may take visits to research centers, climb mountains, and enjoy the night sky of Antarctica.

Antarctica is one of the few places that is still basically untouched by people, and it shows. Since there aren’t many lights to brighten the night sky, more stars are visible, and the sight can be breathtaking.

There are a lot of potential travel destinations in 2021, and they all offer amazing opportunities. We’ve talked about just a few of them in the paragraphs above, but there are many more out there.

If you want to know more about travel and variations destinations please visit our site. Regardless of where you decide to go, we can offer some useful travel tips for any trip. 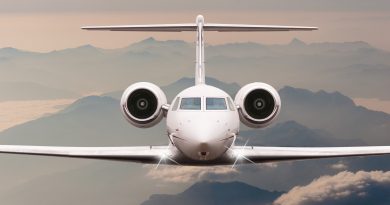 5 Effective Tips to Overcome Your Fear of Flying 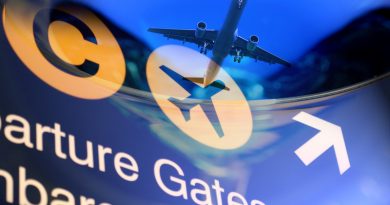 2021 might only be halfway through, but it’s shaping up to be much better than 2020. The US has rejoined

5 Effective Tips to Overcome Your Fear of Flying

January 15, 2021January 15, 2021 adminTravel2There 0
We use cookies on our website to give you the most relevant experience by remembering your preferences and repeat visits. By clicking “Accept”, you consent to the use of ALL the cookies.
Do not sell my personal information.
Cookie SettingsAccept
Manage consent

This website uses cookies to improve your experience while you navigate through the website. Out of these, the cookies that are categorized as necessary are stored on your browser as they are essential for the working of basic functionalities of the website. We also use third-party cookies that help us analyze and understand how you use this website. These cookies will be stored in your browser only with your consent. You also have the option to opt-out of these cookies. But opting out of some of these cookies may affect your browsing experience.
Necessary Always Enabled
Necessary cookies are absolutely essential for the website to function properly. These cookies ensure basic functionalities and security features of the website, anonymously.
Functional
Functional cookies help to perform certain functionalities like sharing the content of the website on social media platforms, collect feedbacks, and other third-party features.
Performance
Performance cookies are used to understand and analyze the key performance indexes of the website which helps in delivering a better user experience for the visitors.
Analytics
Analytical cookies are used to understand how visitors interact with the website. These cookies help provide information on metrics the number of visitors, bounce rate, traffic source, etc.
Advertisement
Advertisement cookies are used to provide visitors with relevant ads and marketing campaigns. These cookies track visitors across websites and collect information to provide customized ads.
Others
Other uncategorized cookies are those that are being analyzed and have not been classified into a category as yet.
SAVE & ACCEPT